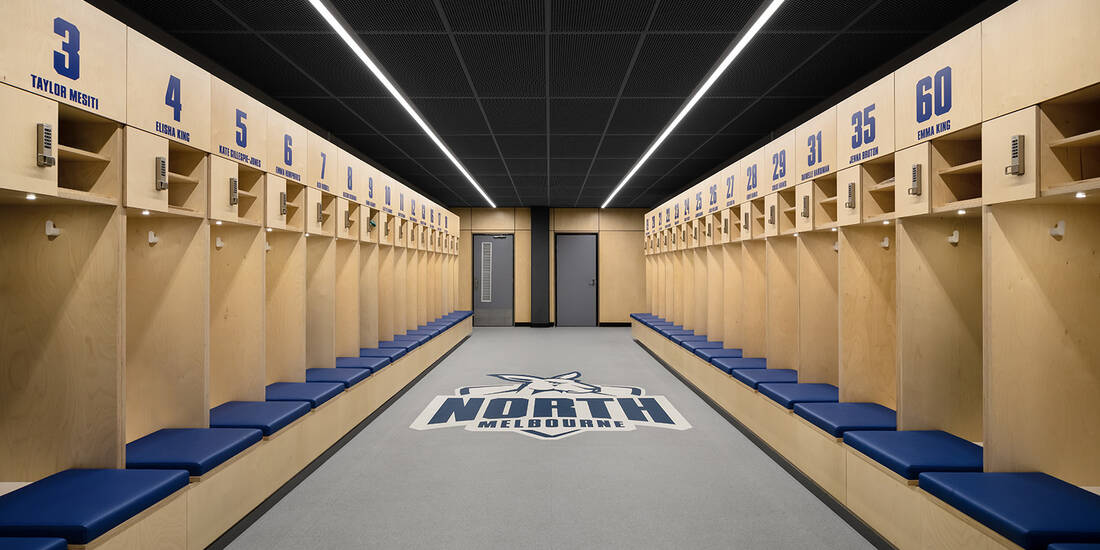 back to all projects

There’s nothing quite like footy to ignite Victorian passions, and the stunning new fitout at the North Melbourne Football Club in Arden Street is a testament to that. It was a 24-hour fundraising drive amongst Roos’ supporters and benefactors that raised $1.3 million in August 2018, funds that allowed the club to complete stage one of a larger redevelopment.

Our contribution to the stage one development was a change room space comprising of 107 lockers. A combination of architecturally designed, fully customised team room lockers for the AFL and AFLW leagues and our own PL2+ locker for the VFL league.

The AFL and AFLW custom team room lockers were constructed with birch ply, polished in clear 2pack paint. They feature custom coat hangers, USB charging ports, lift up upholstered bench seats (allowing for extra storage space underneath) and LED lighting. The lock system selected was a Lockin code lock. Of course, a key addition was the custom vinyl signage for each player locker – a display of their name and number. A club video taken at the unveiling of the new change rooms captures the players’ evident pride in their new home.

Separate to the iconic change rooms was our PL2+ locker with an attached timber bench seat for the VFL league (not shown). These wave door lockers were finished in the iconic North Melbourne FC colours of blue and white laminate.

North Melbourne FC is famous for its proud ‘shinboner spirit’ – and we’re happy to have been a partner in new facilities fitting for a proud and successful club. 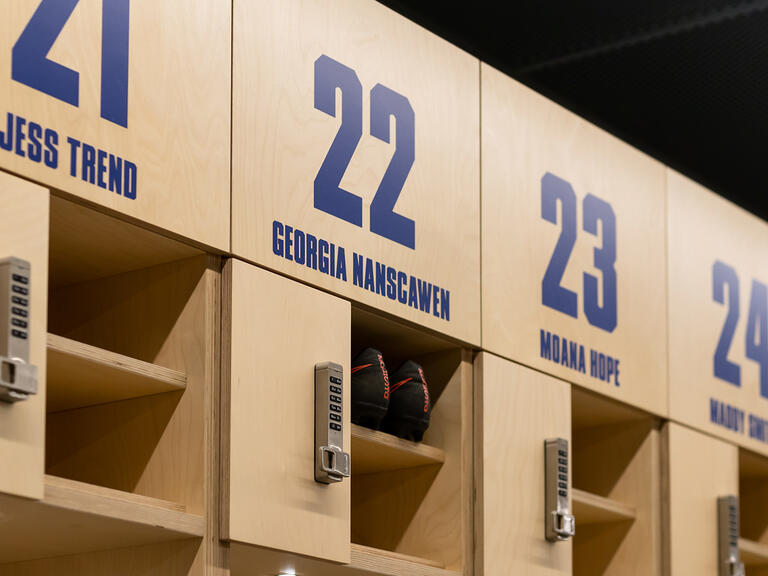 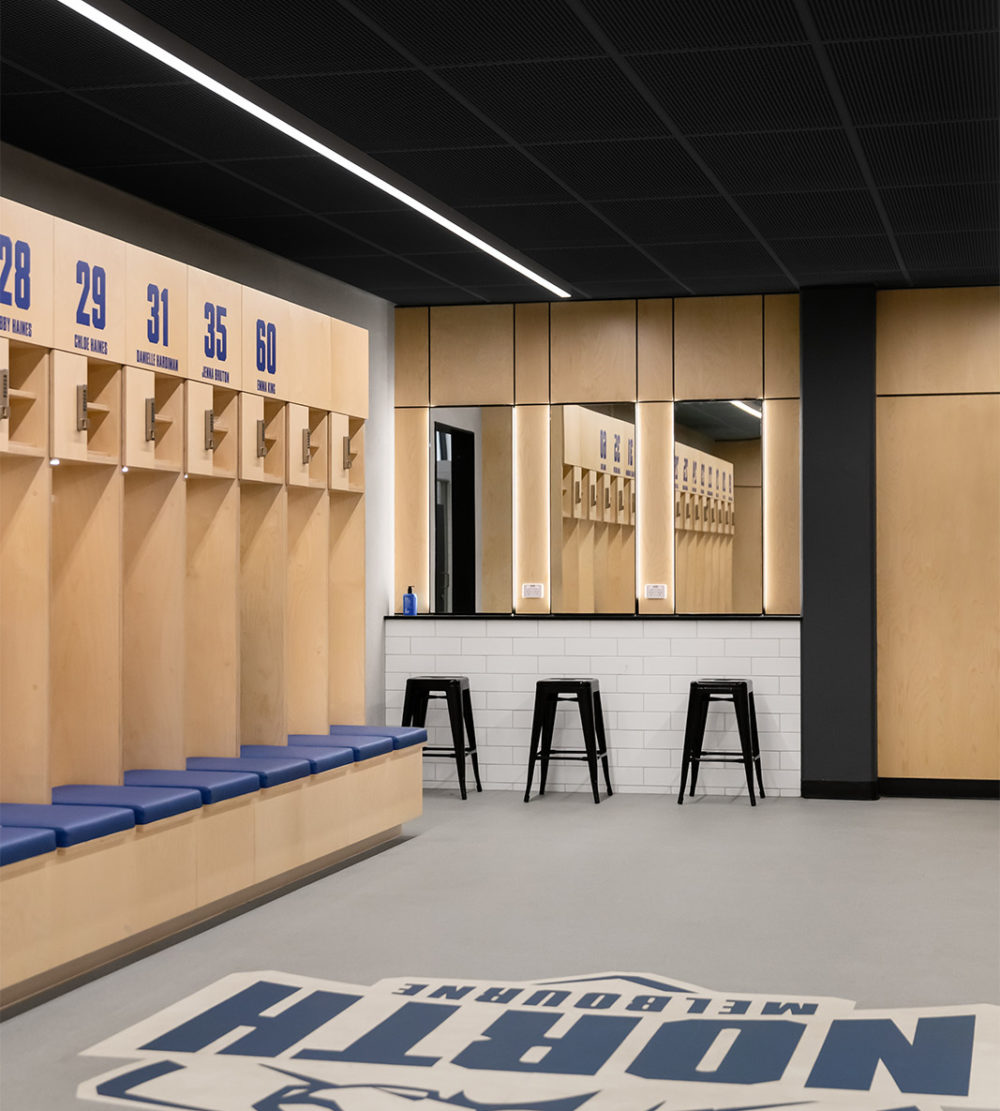 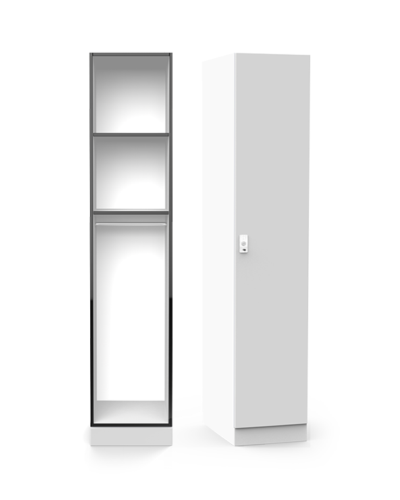 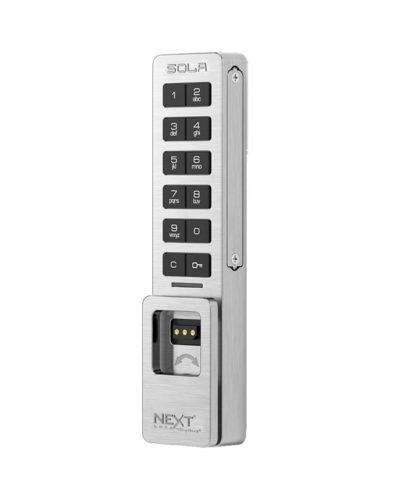 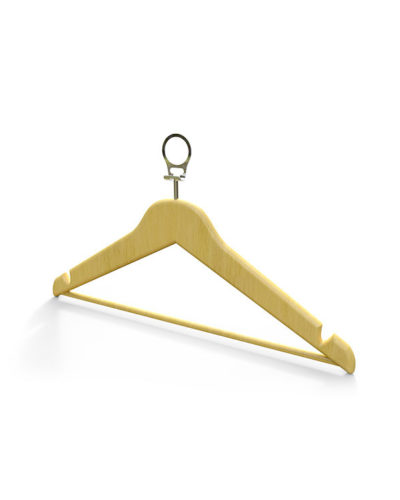 We create locker spaces that help you and your team stay mobile. From lockers to locks, coat cupboards, seating and joinery - we do it all.

Not sure where to start? Contact us and we'll get you on track. Whether you’re at the office, finishing your ride to work, at school or hitting the gym, we promise your stuff won’t hold you back.

Where shall we start?